On Friday 2/10 and Saturday 2/11, the Lion grapplers strapped on the headgear one last time for the penultimate event of the middle school season, the SEPA Regional at Quakertown HS. The tourney draws middle school and junior high athletes from across District 1 to fight for supremacy in each weight class. When the last towel was thrown, LMS secured two champions and a 5th place finish. Keanu Manuel (80) and Matt Romanelli (155) captured gold medals with dominating performances while first year wrestler and overall bulldog Andrew Malin (210) worked back to snag 5th place. Other Lions to register wins were Jack Myers (130) who went 2-2, Jon Jon Asiddao (180) who went 4-2, Alex Hillstead (100) who went 2-2, and Ray Wileczek (145) who finished 3-2. Congratulations go out to all of the Lions on a tremendous final performance at the SEPA Regional. This effort will help set the stage for your next level of wrestling!

The Lions scrap at the Chester County Middle School Championships

The Lions wrestled tough in the 2017 Chester County Middle School Wrestling Championships on Saturday 1/28.  This was evident by many of the team’s wrestlers avenging previous losses from earlier in the year.  Several newcomers demonstrated a “never quit” attitude as they left everything they had on the mat.  8th graders Jon Asiddao (185) and Andrew Malin (250) took 4th place.  Both wrestlers were new to the sport this year and showed that they belong and that they can compete with anyone.  8th grader Matt Romanelli (155) dominated his way to a 1st place finish.  Matt ends his career as a 2x champion and will look to make an immediate impact in high school for the Downingtown East Cougars.  Good luck to all our 8th graders in the future!

LMS gets back on track against Kennett

The team finished a busy final two weeks of the season as they took on Kennett Middle School on Thursday and won 48-24.  Although the team was fighting off exhaustion and injuries, they ended their season on a high note defeating Kennett for their 4th dual win of the season.  The team got pins from Connor McBride (100), Jake Lawson (130), Matt Romanelli (165), and Connor Huntoon (210).

Going up against their rivals on Tuesday 1/24, the shorthanded Lions were a couple seconds away from total victory, but they came up just short in a 50-48 loss.  Winning 6 of the 11 matches contested, several LMS wrestlers stepped up to earn bonus points and secure wins.  The team picked up individual victories from Keanu Manuel (85), Mike Giardino (90), Alex Hilstead (95), Jeff Scott (105), Jake Lawson (122), Matt Romanelli (155) and Andrew Malin (250).  Even in this defeat,  the Lions never quit and demonstrated true grit.

The Lions lose close one to Chichester

On Monday 1/23, the Lions lost a close match to Chichester 53-48 that came down to the final bout of the night.  The team has been battling several injuries and has not been able to suit up a full line-up for over a week now.  Winners for the Lions included Vincent Giardino (75), Keanu Manuel (85), Jack Myers (138), Matt Romanelli (155), and Jon Asiddao (185).  All five of these wrestlers won by fall in the first period securing bonus points for the team.  Heavyweight Andrew Malin, giving up over 50 pounds, lost a nail-biter in overtime that had both teams fired up.

On Tuesday 1/17, the Lionville grapplers traveled to Fred S. Engle Middle School in Avon Grove and secured a 52-31 victory.  Winners for the team included Keanu Manuel (90), Jake Lawson (130), Jack Myers (138), Ray Wileczek (145), and Matt Romanelli (155). The Lions are back in action on Friday 1/20 against Patton Middle School at home.  In addition, the Lions also have two more home matches next week on Tuesday 1/24 against Downingtown Middle School and on Thursday 1/26 against Kennett Middle School. Come out and see the team finish their dual meet season strong!

On Saturday January 14th, 2017 the Lionville Lions wrestled in the Garnet Valley Middle School tournament.  Many wrestlers competed hard throughout the day and this was evident by the 5 place winners who took home medals for the team.  Taking 1stplace were 8th graders Keanu Manuel (80) and Matt Romanelli (155).  8th grader Andrew Malin (250) took 3rd place, and 8th grader Jake Lawson (122) and 7th grader Vincent Giardino (75) both took 4th place.  The team has four matches left this year as well as the Chester County League Championships and the wrestlers are anxious to pick up some more wins. Good luck to all down the stretch!

On Friday 1/13, the Lions suffered a tough 70-33 defeat at the hands of Octorara Middle School.  The team scored victories from Keanu Manuel (80), Mike Giardino (90), Jack Myers (138) and Matt Romanelli (155).  7th grader Mike Giardino won an intense overtime battle that was one of the most thrilling matches of the year.

The Lions bounce back against South Brandywine!

Anxious to get back on the mat and compete, the Lions faced off against South Brandywine Middle School on Friday 1/6.  The match was tightly contested throughout the night, but the team was led to a 59-30 victory by 8th graders Keanu Manuel (85), Jack Myers (138), Matt Romanelli (165), Jon Asiddao (185), and Andrew Malin (210).  Manuel, who is undefeated on the year, had a tightly contested match as he picked up a decision against South Brandywine’s best wrestler.  Also picking up a big pin for the Lions was 7th grader Jeffrey Scott (110).  With two weeks left in the season, the team is looking forward to picking up some more dual meet wins as well as competing in the Garnet Valley tournament on Saturday 1/14.

Without two starters in the line-up, the Lions had to shuffle their line-up in order to best match up against Fugett MS when they wrestled on Wednseday night (1/4) at Downingtown East HS.  The missing starters helped Fugett beat LMS 63-33, but 8th graders Keanu Manuel (85), Alex Hilstead (95) Jack Myers (138), and Matt Romanelli (155) won by fall and showed great leadership for the younger wrestlers.  8th grader Jake Lawson (130) showed true grit and determination as he battled to the very end and almost pulled off a big victory for the Lions.  In an exhibition match, 7th grader Maya Shmuel (122) wrestled tough before losing by fall.  Maya has shown great improvement throughout the year and continues to compete.

The Lions get in the win column!

The Lion wrestlers got their first win of the season with a thrilling victory over Great Valley Middle School on Wednesday 12/21.  8th graders Jack Myers (138) and Matt Romanelli (165) earned big wins for the team.  Newcomers to the team and first year wrestlers, 8th graders Jon Asiddao (185) and Andrew Malin (250) earned their first wins of the season.  Asiddao almost pinned his opponent on several occasions, but ended up winning by a major decision.  Malin won by fall catapulting the Lions to a 49-48 win.  The team heads into the holiday break looking to get some much need rest.  The team will be back in action on January 4th at Downingtown East at 7pm against Fugett MS. Come out to see the Battle of Route 100!

On Monday 12/19, LMS lost a close 48-42 score line to Peirce even though they gave up three forfeits.  7th grader Vincent Giardino continues to assert himself as a force at 75 lbs earning another big pin for his team.  Vincent’s twin brother Mike also sparked the Lions with a thrilling and hard fought victory at 85 lbs.  In the middle of the line-up Jake Shannon (115), Jacob Lawson (130), and Jack Myers (138) also secured big wins for the team.  Team leaders Keanu Manuel (80) and Matt Romanelli (165) continue to dominate with each new opponent as they both picked up 1st period pins.  New comers to the team this year are 7thgrader Connor Huntoon (210) and 8th grader Andrew Malin (250),  who came up just short of victory.  Special recognition goes out to 7th graders Kevin Lydon and Connor McBride for picking up their first exhibition victories.  Up next, the Lions travel to Great Valley looking for their first win.

The Lions take a lump at Penn’s Grove

On Friday 12/16, the Lionville wrestlers travelled down Route 1 to Oxford, Pa to take on Penn’s Grove. The scorebook closed at a 59-42 score in favor of the opposition, but the Lions fought hard and secured 3 falls from Vince Giardino (75), Keanu Manuel (80), and Matt Romanelli (165). A few forfeits inflated the score-line a bit for both sides, but overall the Lions learned that giving away the bonus points match by match can push the dual meet win out of reach. Best of luck to the team when they take on Peirce MS on Monday!

After a long off-season, the Lions were anxious to get back onto the mats.  They opened their 2016 season with a tough loss 69-29 to a very good Stetson Middle School team.  The Lions were without three starters giving Stetson 18 points from forfeits.  However, the team fought hard and 7th graders Vincent Giardino (75), Michael Giardino (90), Jake Shannon (115) as well as 8th grader Caelan Krasley (250) sparked the team with big victories.  Both Vincent and Caelan won by pin to get the home crowd going.  Returning starters and team leaders for the Lions, both Keanu Manual (80) and Matt Romanelli (165) provided bonus points for their team.  With several newcomers in the lineup the Lions are looking to get back at it against Penns Grove Middle School on Friday 12/16. 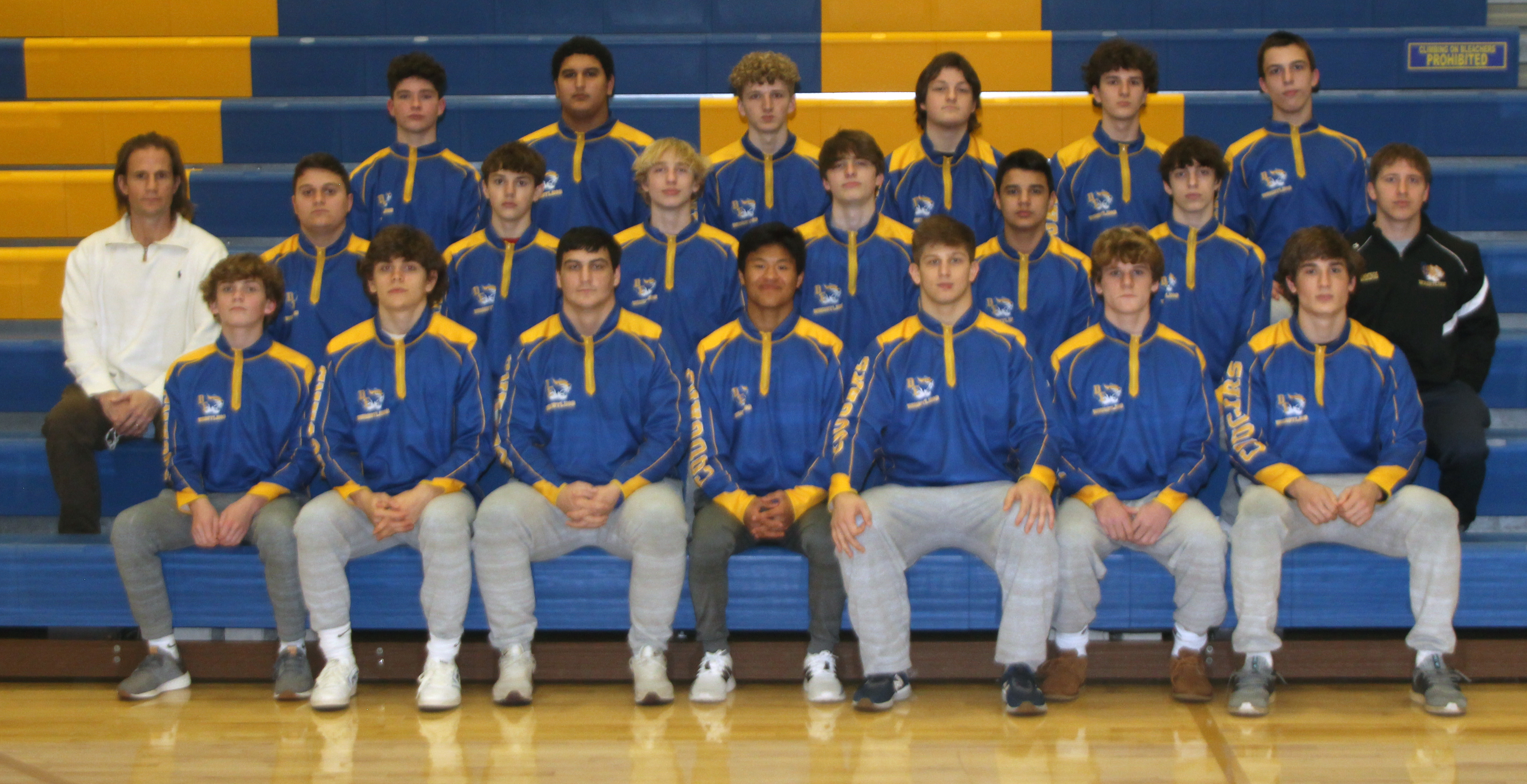 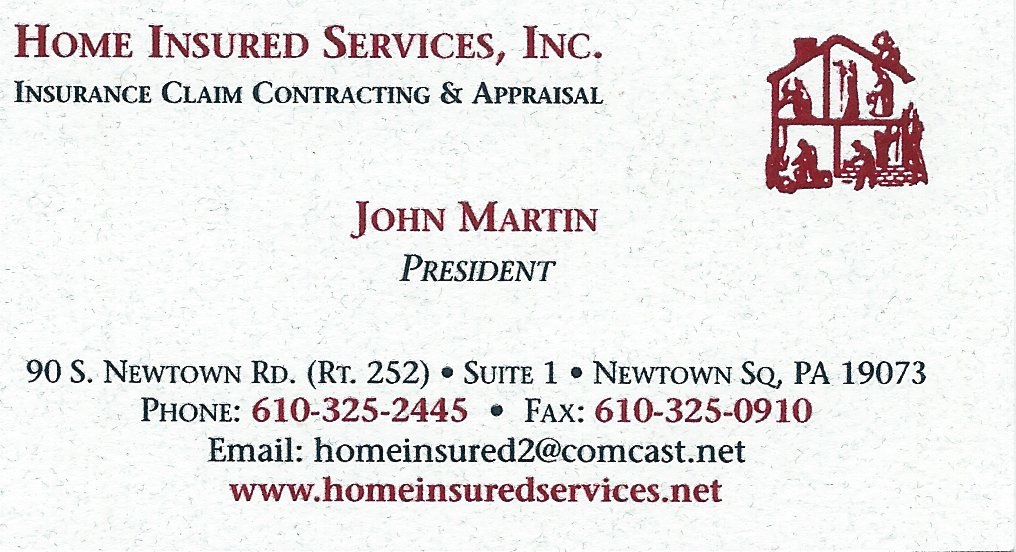